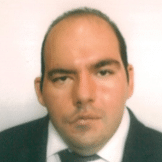 Dr. Christopher Chircop is an associate with the firm since October 2010. Christopher graduated from the University of Malta as Bachelor of Laws in 2010 and was awarded the Diploma of Notary Public in 2011. He was awarded the Doctor of Laws degree in 2013. His doctoral thesis dealt with Malta’s Legal Challenges in Implementing the EU Effort Sharing Decision on Greenhouse Gas Emissions Reductions. Christopher was called to the Bar in 2014.

Dr Chircop combines the roles of pleading and audience before the courts and also provides legal counseling and advice. His areas of work include Civil and Commercial litigation, Family law, Property law and Planning law. He also specializes in Arbitration as well as in European law and Environmental and Climate law. He is also involved in contract drafting.